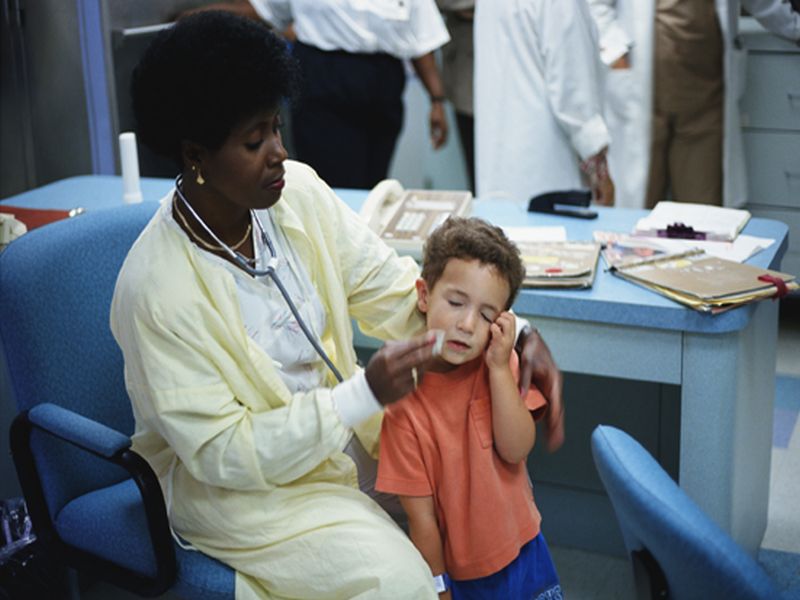 Calls related to cannabis exposure increased 140% in the years after Massachusetts voted to legalize medical pot in 2012, according to data from the state's regional poison control center.

This happened even though Massachusetts learned from the example of other states and placed tough packaging requirements to make pot products less enticing and harder to open for kids, said lead researcher Jennifer Whitehill. She's an assistant professor with the University of Massachusetts Amherst School of Public Health and Health Sciences.

"It was not the same as it was in Colorado, circa 2013, when there were products labeled to look like candy wrappers," Whitehill said. "Nonetheless, even despite opaque and tamper-proof and child-proof packaging requirements, we still saw little kids getting into the products and having some bad experiences."

For example, a March 2019 study in the Annals of Internal Medicine found that marijuana-related visits to emergency rooms more than tripled at one Colorado hospital between 2012 and 2016.

Based on that example, Massachusetts lawmakers adopted strict mandates for childproof packaging and warning labels on marijuana products, Whitehill said.

To see if those tougher requirements made any difference, Whitehill and her colleagues analyzed poison control center data from 2009 through 2016, four years before and after a ballot initiative legalized medical marijuana in the state.

During the study period, poison control received 218 calls from Massachusetts involving pot exposure in children and teens. The calls represented only 0.15% of all calls to poison control during that period related to kids.

"I had been hopeful that the stricter packaging laws that Massachusetts implemented would have prevented us from seeing some kind of increase," Whitehill said.

Nearly four out of five calls came from health care facilities and involved exposures that resulted in moderate or minor health effects, the researchers said. There were only four cases with major effects, and no deaths were reported.

In one case, two teenage boys collapsed while playing sports hours after smoking what they thought was marijuana, the study says. The teens, 17 and 18, went into cardiac arrest but were successfully resuscitated.

About one-quarter of the cases were reported as unintentional ingestion, with nearly 20% of those involving children younger than 4.

The results provide parents a "good reminder to be thoughtful and cautious about where they store their cannabis, especially edible products," Whitehill said.

Teens represented the largest number of cases reported to poison control, with ages 15 to 19 accounting for 82% of all calls related to marijuana.

Experimentation likely spurred most of those calls, Whitehill said.

"Teenagers are clever and crafty," Whitehill said. "Parents for a long time have thought about where to store alcohol that isn't easily accessible by their children. As the social norms around cannabis in people's homes start to change, I think it's well worth parents thinking about the safer storage of cannabis products."

These results show that more can be done to keep legal pot out of the hands of children, said Linda Richter, director of policy research and analysis with the Center on Addiction, in New York City.

"Policymakers should ban marijuana edibles that look like regular food products -- especially those that appeal to children, such as gummy bears, lollipops, other candy, chocolate or brownies," Richter said. "In addition to child-resistant packaging, opaque and resealable packaging for marijuana edibles should be required to help prevent young children from being able to see or access the marijuana inside the package, even if it has already been opened."

Manufacturers also should be required to package marijuana products in small doses so even if a child does get into a package, their exposure will be minimized, Richter said.

As far as teens are concerned, Richter urges parents to set a good example.

"What parents do is just as or more important than what they say to kids," Richter said. "If they have a cavalier attitude about marijuana, extolling its benefits and conveying how much they need it to relax or have fun, that message comes across much more strongly to kids than any admonitions regarding its harms."

The Center on Addiction has more about discussing marijuana with your teen.

Link: (Here's how to do it ... )
To link to this article:
<a href="//www.cascadementalhealth.org/poc/view_doc.php?type=news&id=203299&cn=28">Pot Poisonings Among Kids, Teens Double After Medical Marijuana Law Passed</a>
Thank you!