In NYC at Least, Routine Child Vaccinations Rebound After Lockdown 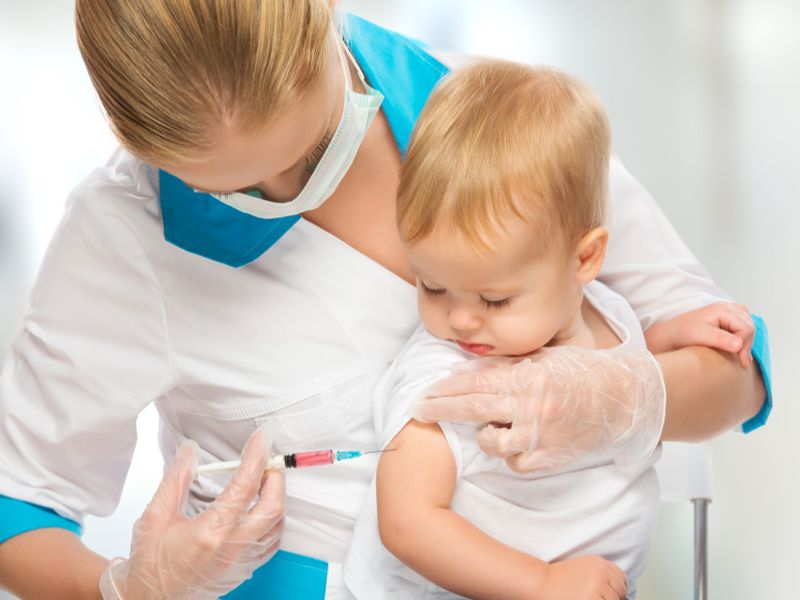 THURSDAY, July 30, 2020 (HealthDay News) -- After the COVID-19 pandemic had millions of New Yorkers in lockdown, the rate of routine child vaccinations plummeted -- as it did in cities across the United States.

That had pediatricians worried that a second wave of illness outbreaks -- measles, whooping cough, mumps -- might follow as large groups of kids were left vulnerable.

But a new report from the nation's largest city finds that parents have largely gotten the message, and vaccination rates are now rebounding.

After a steep decline in March and April, "the increase in vaccine administration seen in May and June is encouraging," reports a team led by Dr. Jane Zucker, of the New York City Department of Health and Mental Hygiene.

At its worst, during the week of April 5-11, there was a 62% decline in vaccinations for kids under the age of 2, compared to the same week in 2019, the researchers reported. And the decline was even more dramatic among kids aged 2 to 18 -- a 96% drop from the prior year.

City health officials sent letters to pediatricians and other health care providers, urging them to reach out to parents about the issue.

As well, "the importance of childhood vaccination was the subject of a mayoral press conference on May 20 that was widely covered by local media," Zucker's team noted.

It's been a bit tougher to get children older than 2 immunized to pre-pandemic levels, however. During June 21-27, the latest week covered by the study, "35% fewer vaccines were administered to persons aged 2-18 years" compared to the same week in 2019, the researchers said.

But she also stressed that health care providers have adapted, and a visit to your local doctor is probably pretty safe.

"Extensive measures to ensure patient safety have been undertaken by medical offices during this pandemic period," Samuels said. "Clinicians are constantly garbed in protective gear, reduced patient volume allows for proper social distancing in waiting areas, and rigorous sanitization protocols have been well-established.

"Parents should take comfort in these safety precautions and take advantage of access to preventative care for their children," she added.

That includes vaccination, which works to keep kids safe "from 16 preventable diseases" when delivered in the appropriate way, Samuels said.

The new report was published July 30 in Morbidity and Mortality Weekly Report, a journal of the U.S. Centers for Disease Control and Prevention.

You can see a complete guide to childhood immunization here at the U.S. Centers for Disease Control and Prevention.

Link: (Here's how to do it ... )
To link to this article:
<a href="//www.cascadementalhealth.org/poc/view_doc.php?type=news&id=207126&cn=28">In NYC at Least, Routine Child Vaccinations Rebound After Lockdown</a>
Thank you!